KRACK Attack – WI-FI vulnerability – What does it mean to you?

You may have seen in the press that a vulnerability has been identified against the WPA2 Wireless encryption protocol. So what is this vulnerability and what does it mean to you?

KRACK, Key Re-installation Attack, has been able to demonstrate the ability to un-encrypt wireless communication on multiple platforms, including Windows O/S, Apple IOS, Android and Linux.

So far the following protocols are vulnerable to the attack:

The flaw is not in the cryptography underlying WPA2 or its predecessor, WPA. Rather, it’s in the implementation. When communicating with a client device to initiate a Wi-Fi connection, the router sends a one-time cryptographic key to the device. That key is unique to that connection, and that device. This is so that a second device on the same Wi-Fi network can’t intercept and read the traffic to and from the first device to the router, even though both devices are signed into the same Wi-Fi network.

The problem is that that one-time key can be transmitted more than one time. To minimise connection problems, the WPA and WPA2 standards let the router transmit the one-time key as many as three times if it does not receive an acknowledgement from the client device that the one-time key was received.

So what does this mean to you

Many vendors have already issues patches to mitigate this security vulnerability. Users are recommended to update/apply patches to their WI-FI enabled equipment. This includes routers, user devices and smartphones. 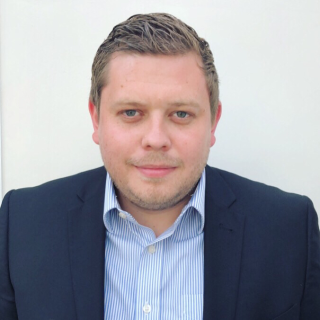 Carl McDade is Group Head of Professional Services at Concorde Technology Group, one of the UK’s leading technology services and support providers. Carl is responsible for Concorde’s technical strategy, identifying new technologies and developing service offerings for the business. Carl has over ten years’ experience in datacentre technology, primarily as a principle Infrastructure Consultant and Solution Architect. Having joined Concorde Technology Group as an apprentice, Carl has built his experience working within both SME and multinational enterprises across multiple sectors. This broad experience enables Carl to understand the challenges businesses face and translate technology into business value. As an advocate of the technical community, you can find Carl on Twitter @CarlMcDade and Blogging at https://tctg.co.uk/blog and www.carlmcdade.com